10 Reasons Why Trump Could NEVER Be An Arab... Thankfully!

Just by looking at Donald Trump, we can see that he is not one of us, thankfully. He could learn a thing or two from us, though, to improve his manners and general behavior. On second thoughts I don't think he will change, he just doesn't fit the profile, and neither does his fake tan. 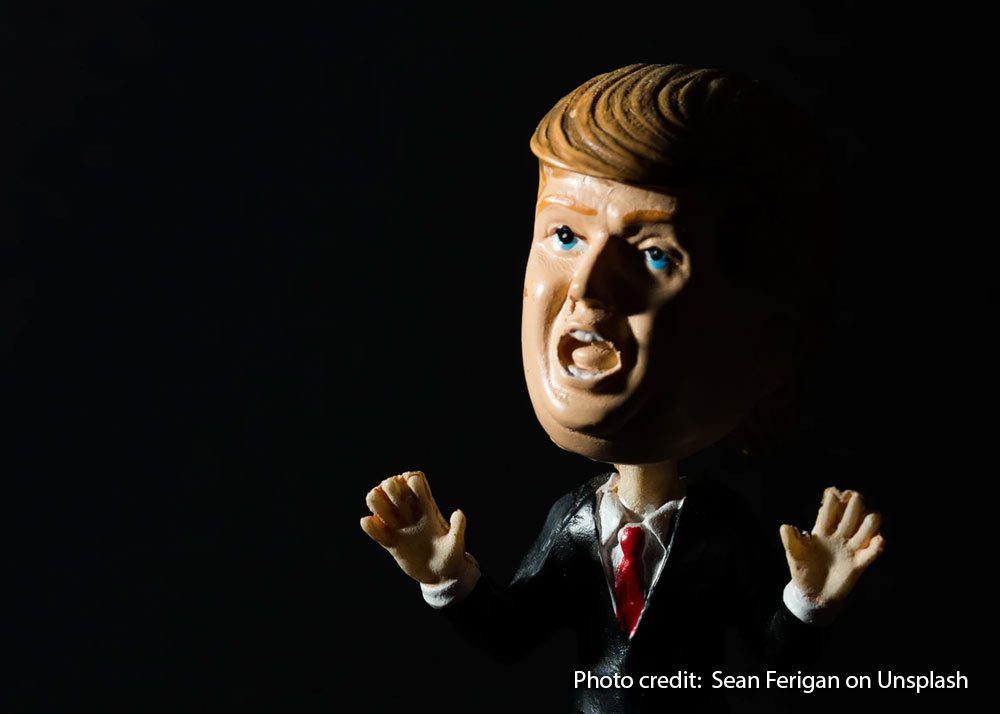 Here are ten reasons why Donald Trump could never be an Arab!

Here is why Trump could never be an Arab:

1. Trump is a selfish guy

Trump is not a generous man at all. He could do a bit more for charity, but to him, charity is having a few free rounds of golf on one of his courses or giving his clients cash gifts or donating land to New York. Surely he could donate some of his money to charity.

When he started his presidential campaign, he went on about building a wall between the U.S. and Mexico so that he could keep out all the Mexicans. He refers to them all as rapists and criminals.

3. He can't eat with his hands

He seems to enjoy his junk food, but why does he always have to use a knife and fork to eat it? No, you can't do that when it comes to eating pickles, olives, hummus, and falafel. Some foods have just got to be eaten with your hands. That's why we eat a lot of bread with our food; its makes it easier to pick up food. He could never be an Arab, and he can keep his knives and forks!

4. Trump Steaks are not halal

Trump Steaks didn't last long, that was a failed venture of his. Why? His steaks weren't halal; that's why.

Well, many of the refugees are Iraqis, Syrians, Palestinians and Lebanese. Yes, they are Arabs. So, he just doesn't like any Arab-Americans. That's alright. We don't like him either.

One of the most prominent property moguls in the Arab world is Khalaf Al-Habtoor, who initially supported Trump. But after his anti-Muslim speeches, he no longer supported Trump and his products were pulled from nearly two hundred stores in the Arab region. He damaged his own business.

Not all Arabs are Muslim but co-exist with Muslims. Arabs like to share culture and traditions and live in a diverse community. Trump has no respect for other ethnic and religious minorities in the U.S. He is just not a nice guy, no way he could ever be an Arab.

8. He thinks women are pieces of meat

This man is known for treating women inappropriately and calling them terrible names. Being Arab means respecting where you've come from and who raised you.

Terrorists like to use his slogans and show footage of him to their troops.

10. Trump doesn't know how to have a good time

His idea of a good time is ordering a McDonald's burger and fries and eating it alone on his private jet. For us, real food, good company, and some great music are more like it.