Our food is such a part of who we are as Arabs, but we always have to remind ourselves that in America, with its diversity, we are bound to experience a mix of cultures and flavors in one dish, and not always the authentic taste that we are looking for at times. 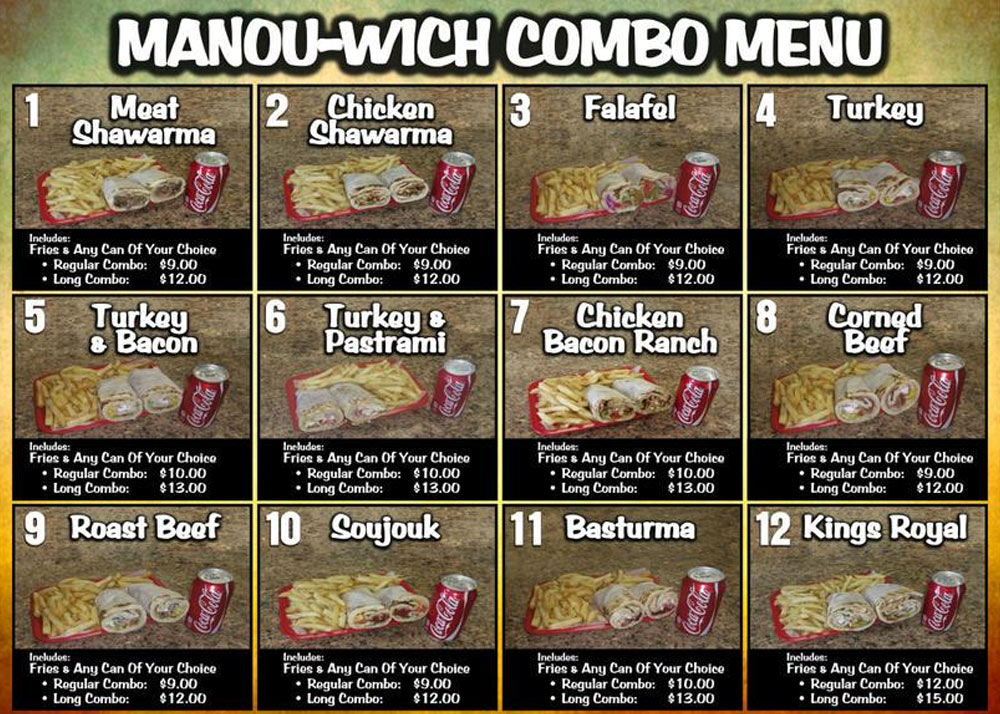 Have you ever been annoyed when you go out for your favorite meal, only to find that it's been prepared using all the wrong ingredients, or just prepared in such an Americanized way, that it doesn't come close to the real thing? Our food is such a part of who we are as Arabs, but we always have to remind ourselves that in America, with its diversity, we are bound to experience a mix of cultures and flavors in one dish, and not always the authentic taste that we are looking for at times.

For instance, eating at King's Bakery in Dearborn, I opted for some Lebanese food. Fortunately, I didn't have anyone from back home with me, as they would not have been impressed at all. I ordered a manou-wich, but as I was eating it, I found it to be rather unusual and not what I was used to. It was tasty, though. One of my coworkers was appalled and went on and on about it; he certainly didn't take to this modified Arabic food. He'd best get used to it, as it has become somewhat of a trend in Michigan to create Middle Eastern dishes with a Western twist to them. It may be good for Americans, but not for us.

According to Matt Stiffler, a professor of Arab-American studies, says that the immigrant communities have a strong connection to their food. It is, in fact, the one cultural trait of theirs which has stood out over generations. He also mentioned that although the second and third generation immigrants did not speak Arabic, food is the one thing that they do know. It seems to be like this among immigrants of other ethnic groups as well. Here in the United States, cultures are experienced through food. When immigrants settled, the first businesses which were set up were either restaurants or grocery stores.

Large numbers of Lebanese settled in Dearborn during the war in the 1970s, and many of their children have grown up eating a combination of Lebanese food and American food. And this has led to the American-Middle Eastern fusion of food which we see in restaurants today, as there is such a market for it. It is natural for American-born Arabs to mix a staple Arabic dish up a little bit. Regardless of how authentic a dish might be, if it's made in America, it will always have a different taste, as it is made with different oils and other ingredients which just don't taste the same.

But these unusual Middle Eastern foods are appealing to Americans and the younger Arab-American culture. So, this opens up a market for such food, which is becoming more popular, especially in Michigan. Taheer Jabber is a veteran chef who owns the restaurant, Harmonie Garden, in Detroit. He has been creating his modified Arabic meals for quite some time now. His customers love his falafels, served on hamburger buns, and his falafel on za'atr man'oushe. Then there is his falafel with vegetarian chili, his Flobby Joe! Some may consider it a crime to serve falafel this way. Nevertheless, Jaber has been hailed as the 'falafel king' and his Flobby Joes are a winner! Like it or not, these fusions of flavors are becoming preferred favorites nowadays.