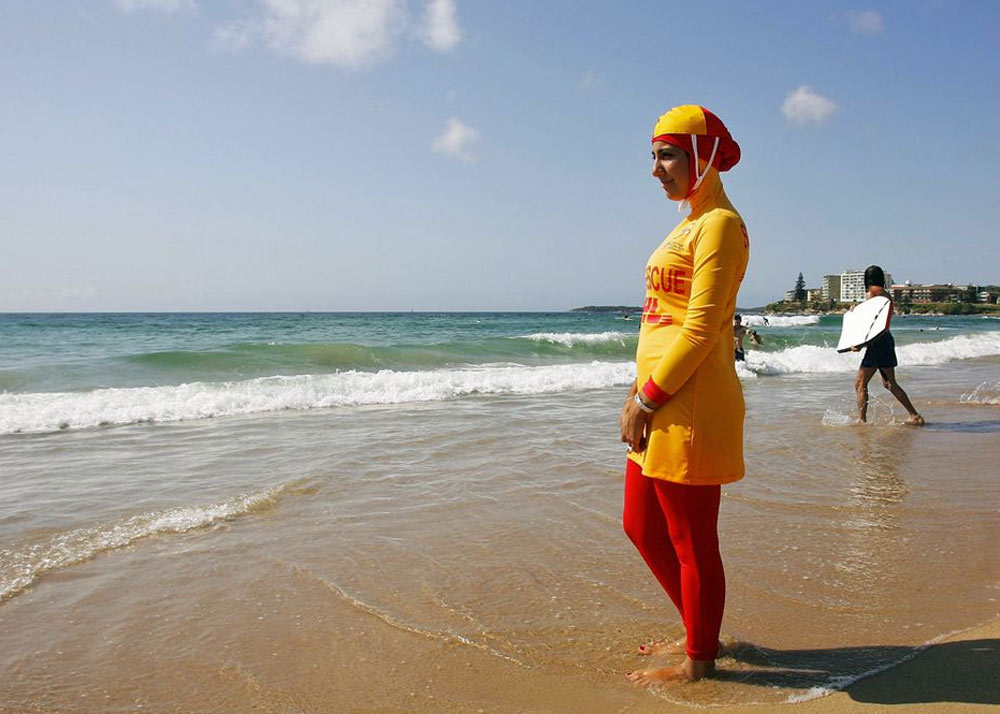 Not too long ago, a Muslim woman was asked to leave her local pool for wearing inappropriate swimwear. No, she was not wearing anything that would be considered offensive or revealing. She had donned the popular "burqini" that many Muslim women wear when they go swimming or to the beach. Carole, a 35-year-old French Muslim convert, had bought her burqini on a trip to Dubai, because she wanted to swim freely while enjoying the modesty that the swimsuit provided. When back in France, she bought summer tickets to her local public pool for herself and her children. It seemed that they were allowed to swim without harassment until an official banned the use of the covered swimsuit for "hygienic purposes."

France has one of the strictest public health standards, and requires that all women wear swimsuits, and that men wear tight swimming briefs. Both men and women must wear caps to cover their hair, as well as bathe before entering the water. Carole's burqini covered her entire body, leaving only her face, hands, and feet uncovered. The swimsuit is one very much like those used in Olympic trials and in countries all over the world, from the US to Australia and Sweden. However, under the French health standards, the burqini was in direct violation of their rules. Carole however, (who provided no surname,) firmly believes that her swimsuit was banned for political purposes and not for hygienic reasons as has been stated by French officials. "For me, it's segregation," she explained. "I'm going to continue fighting to have a choice. I understand that the burqini can shock, especially as we're in France, but what disturbs me is that this is a political issue."

Carole has said that this has become a civil rights issue as well. "I'm going to fight this problem through anti-racism groups, and if no solution is forthcoming I'll consider leaving the country," she stated. She had tried to file a complaint at a police station nearby, but it was dismissed because her claim was considered groundless. An official in charge of the swimming pools in the area where Carole was asked to leave justified the decision; "These clothes are used in public, so they can contain molecules, viruses, et cetera, which will go in the water and could be transmitted to other bathers." While many have chalked this up to discrimination on the part of French officials, many see this as a fair ruling, but lament the implications of banning these modest swimsuits. It is very likely to assume that many French Muslims will feel this is another attempt to deny them their religious freedoms. France famously banned religious coverings such as headscarves, skullcaps and large crosses from public classrooms in 2004. Then president Nicolas Sarkozy also stated that the burqa, (a voluminous covering which often covers every inch of skin,) is a sign of imprisonment and that it is not welcome in modern-day France. The country has the largest Muslim population in Western Europe, with nearly 5 million followers.