They burst through walls, save the innocent and nab the bad guy—all while promoting Islamic ideals and being role models for millions of children. 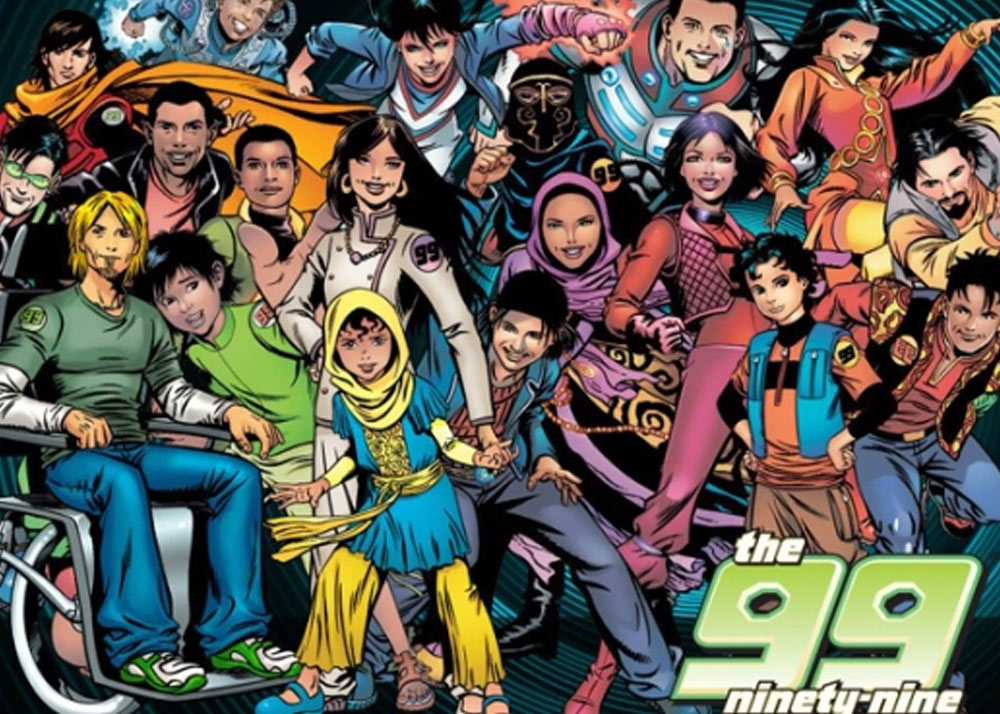 "The 99", an Arab cartoon which hopes to provide better role models for children all over the Middle East, features superheroes like Jabbar, a Saudi-Arabian man with amazing strength a la the Hulk, and Batina the Hidden, a woman wearing the traditional burqa. The cartoon is reportedly a Sharia-compliant version of the wildly popular X-Men franchise, and has been so popular in the Arab world that the cartoon has been slated to appear on British television this year.

32 · Greenwood Village, Colorado
I'm registering to find myself a partner

The cartoon has become a hit from countries as varied as Morocco to Syria to Indonesia. Dr. Naif Al-Mutawa, the creator of the series, hopes to bring a new audience when "The 99" starts broadcasting in Britain. Dr. Al-Mutawa wants the world to change it's attitudes about Muslims and Islam in general, noting that the cartoon isn't just for Muslims: "It is based on attributes such as generosity and mercy. These are not things Islam has a monopoly over," he stated. The premise of the show follows a group of Muslims who come into contact with Noor stones, which are said to be ancient gems that have tremendous power and wisdom. Each superhero then gains an extraordinary power; each one mirroring one of Allah's 99 attributes.

No need to fret, however. There won't be 99 superheroes of which to keep track of, since it is forbidden to portray all of Allah's attributes. The cartoon was originally started as a comic book to provide Arab children better role models than what many perceived they had. Replacing Saddam Hussein and other dictators as people that should be admired, helped spur "The 99" to television and beyond. Even with its Islamic overtones, the cartoon has generated some controversy in the Middle East. Saudi Arabia's censors grudgingly allowed the cartoon to be broadcast in the country only after the show received financial backing from an Islamic bank.

Before "The 99" got the financial backing to be published, typical children's literature in many parts of the Middle East consisted of stories of martyrdom, Israeli tanks bearing down on Palestinian homes and settlements, and images of weeping mothers and children. Dr. Al-Mutawa wanted to portray more positive role models to children who may not have grown up knowing another way of life. The popularity of the show has allowed it to the reach the shores of the UK with much fanfare. Here's to hoping that one day, American children and their parents can sit down and enjoy the story about Muslims without preconceived notions. While to some people, this is simply another cartoon, it depicts characters that are rarely seen in the US—positive images of Muslims, (albeit in costume.)

I eagerly await the day that these superheroes can help combat some of the prejudices and lack of knowledge that many people have about Islam in the US--a fight for the hearts and the minds, indeed.